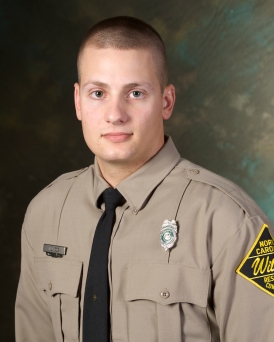 Since he was in the 9th grade at Ashe County High School, Nathan Cox dreamed of becoming a wildlife officer.  He grew up in a law enforcement family – his father, Jim, retired as a sergeant with the North Carolina Highway Patrol.  His family farmed and hunted and fished.  Since childhood, Nathan has felt a closeness and connectedness to the land.  But, it’s not just any land that arouses this physical and emotional attachment.  The Cox family has lived along the Alleghany/Grayson County (VA) line for 13 generations.

So, back in the 9th grade, Nathan began plotting the course he hoped would lead to him becoming a wildlife officer.  He knew the odds were against him.  The North Carolina Wildlife Resources Commission (NCWRC) only has 208 officers spread across North Carolina’s 100 counties.  The turnover rate is low with roughly 15 officers being hired every two years.  To break into those ranks requires an applicant to stand out from the hundreds that apply for those limited slots.

After high school, Nathan attended Wilkes Community College (WCC), studying criminal justice.  During that time he worked two years at Grayson Highlands State Park near Whitetop, Virginia.  There he was involved in educational programming where he honed his presentation skills, guided hikes and canoe trips, and assisted with search and rescue operations.

Knowing that he needed a strong law enforcement background, Nathan then enrolled in the Basic Law Enforcement Training program at WCC.  After graduation from that class, he worked part-time at the West Jefferson Police Department.  He then went to full-time employment with the Alleghany County Sheriff’s Office and later the Sparta Police Department.  With the conservation and educational background from Grayson Highlands and the law enforcement experience with the local departments, Nathan was ready to pursue his dream job.

Nathan applied and was chosen to attend the wildlife officer recruit training in 2015.  The six month course is housed at the North Carolina Justice Academy in Salemburg, NC.  When asked how he would describe the training, Nathan simply said it was “life changing.”  A typical day began at 5:00 am.  The recruits would roll out of bed, get their rooms straightened up and then be ready for physical training (PT) at 5:30.  PT lasted an hour to an hour and a half.  Then it was back to the room to shower and change into their classroom uniform.  Classes began at 8:00 am and ran until 5:00 pm, though some days the classes may stretch well into the night.  Nathan described the schedule as physically and mentally exhausting.  The recruits applied the classroom instruction in realistic training scenarios. The program was intentionally stress filled – the instructors were demanding and pushed the recruits toward a goal of perfection.

After graduation, Nathan was assigned to Stokes County.  Nathan credits his training officer, DJ Woods, with reinforcing the skills Nathan learned in recruit training.  Officer Woods showed Nathan how to apply those skills in day to day patrol.  Most importantly, Nathan said he learned how to go about the business of enforcing the law while treating people respectfully. 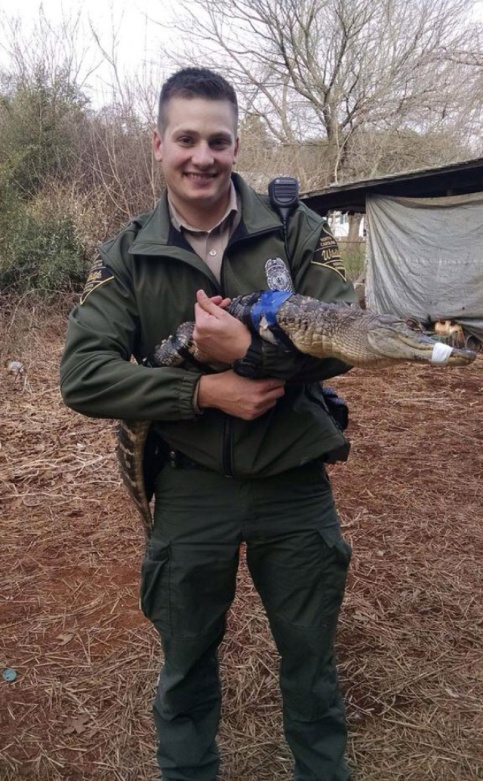 On March 1st, Nathan begins serving the people of Alleghany County.  He hopes to assist with established programs such as the high school hunter skills program and Hunters Helping Kids.  He said he plans to become a part of the community and seeks to do his job fairly. 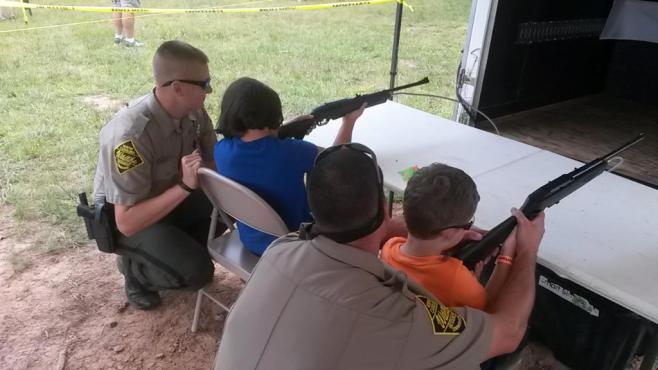 The precedent of local residents’ involvement in wildlife conversation has been repeated many times.  Former Sparta Mayor R. Floyd Crouse was instrumental in forming the NCWRC in 1947 and served as a commissioner with the NCWRC from 1947 until 1962.  For his dedication, Crouse was named the North Carolina Conservationist of the Year in 1962 by the North Carolina Wildlife Federation.  WC Phipps left Alleghany County in the 1960s and went on to long career as a wildlife officer in Davie County.  Many other Alleghany citizens continue those conservation efforts today through various sportsmen groups.

A connection to the land that stretches back three centuries and a community of people who value the natural world – this is foundation upon which Nathan Cox’s career will be built.  He sums it up quite succinctly in a drawl that is familiar to all in northwestern North Carolina – “The mountains are in my blood.”