This blog began as a way to communicate the essence of what it means to live and work in Alleghany County.  It is an effort to try and capture the values of the people who call this place home.  Though they come from various stations in life, and are a mixture of those with deep and swallow roots into these mountains, collectively they define Absolutely Alleghany.

Two days ago, as I considered a new post, I ran through a mental list of possible subjects.  I made a phone call to one and we set up an appointment for next week.  I emailed a man who had been suggested to me.  So, there were two possibilities.

Then I thought that maybe I should write about TJ Worthington. 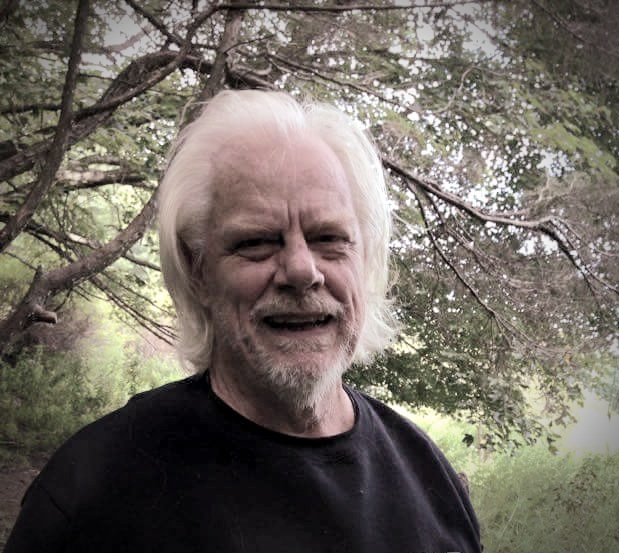 After all, I had known TJ for 14 or 15 years.  I knew his “story” or at least the basics.  And spending time with him was always enjoyable.  But, TJ would always be around so I pushed the thought back and figured to save him for another day.

Then, I heard yesterday that TJ died.

As I considered that previous line, I wondered how TJ would like his death referenced.  I could have went with, “TJ has passed” or that “He is no longer with us” – both held some possibility. “He has crossed over” or “Gone on” both have that element of journey that captures how TJ approached life.  Surely he would have liked a musical metaphor that he is now “resting high on that mountain.”  Those descriptors help soften the impact of his unexpected loss.  I believe TJ would say, “Keep it simple and get to the point.”

That struggle for phrasing may sum up the dichotomy of TJ’s life.  He managed to simultaneously live an extremely simple and basic life while being one of the most intensely intellectual and creative people I have ever known.  He loved traditional mountain and punk rock music (TJ once told me that old-time music was the original punk rock) – he posted videos of both on his YouTube channel.  He watched foreign films and read poetry and watched NASCAR racing on Sunday afternoons.  He was a painter who continually experimented with color and mediums.  At first glance at his paintings seem minimal and simplistic – closer examination reveals texture and depth and life springing from those “simple” images.  He posted to his blog, Waterfall Road, almost daily though he shrugged off most of life’s structure.  He was something of a hermit who loved people. 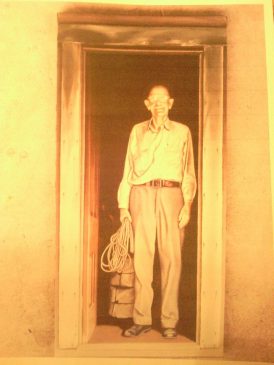 I had many conversations with TJ over the years.  He told me about growing up in Kansas, a stint in the Navy, college, life in Charleston, a marriage that didn’t work, numerous jobs, moving to Whitehead, and his thoughts on painting and writing.  There were holes or gaps in his stories.  Real life is like that – some things should be forgotten or laid to rest.  He suggested books for me to read – not in a “You need to read this” kind of way.  It was more along the lines of, “This may give you a different perspective.”

We disagreed on a number of topics.  We offered differing viewpoints on political, social, and spirtual issues.  Those times when we disagreed seemed to be the most enjoyable conversations.  Those conversations were never debates – we accepted the different points of view without feeling a need to try and convince the other that their opinion was wrong.  It was okay to have differences with TJ.

TJ experienced life more deeply than most.  His painting and writing reflected raw emotion.  He described being at a punk rock concert and how he “felt the energy” of the music and the crowd.  He “felt” his paintings more than he saw them.  Mountain music moved him because “felt” the emotion of the musician.  This emotional component was especially evident in his relationships with others.

TJ loved the mountains.  It may be more accurate to say he loved the people of the mountains.  He loved the independent yet interdependent nature of his neighbors.  He recognized that his Whitehead friends, whom he described as some of the most intelligent people he had ever known, owed that knowledge to life rather than formal education.  He credited folks like Tom Pruitt with getting him through his early years on the county.  He would often tell how Junior Maxwell taught him more about life and how to live than any other single person.

Maybe TJ himself summed up his life philosophy best in a blog post on 12/31/15:

“Throughout my life I have attempted to understand people not me, from foreigners to everyone I know. I am my own political correctness cop open to understanding others the best I’m able, receiving every individual in my life as he or she is within themselves. Another way of saying I go in peace. I don’t use any of the disrespectful names, except for the humor of irony with close friends who understand where I’m coming from. Like you. And this comes from a basic ethic to regard others with respect if I want respect in turn. Respect boomerangs. Disrespect boomerangs. It’s my choice in every moment of every day.”