There are many things that define our sense of self.  We adorn our cars and trucks with decals signifying our allegiance to various colleges, teams or organizations.  For much of our lives we are someone’s kid and later someone’s husband or wife.  For the past 25 years, Benita Hampton was known simply as Jeramiah, Luke and Jake’s mom.  Drumming up support for Little League equipment, yelling encouragement from the stands during wrestling matches, and staffing the concession stand at ball games all reinforced that identity.  But Benita’s identity goes much deeper that “those Hampton boys’ mama.”

Benita’s family was from Ashe County.  But as a military brat, she traveled the world.  As is the case with military families, they moved often.  Benita spent her school years in Hawaii, Virginia, Germany, Kentucky and New Jersey before moving back to Hawaii.  She jokes that when someone asks what school she attended that her response is, “Many.”  She counts her 2nd-4th grades in Germany as her favorites and most memorable.  She tells of visiting the Black Forest and castles.  She recalls a rich community of artists and craftsmen that fueled her interest in art.

By her freshman year of high school, Benita’s family was back in Hawaii.  Episodes of the original television series Hawaii Five-O were filmed at her high school in Honolulu.  She hung out at one of the largest malls in the U.S.  She spent much time on the beach and attended luaus. Her dad retired as she started her senior year and the family moved to Galax, Virginia.

Bentia laughingly describes the move from Honolulu to Galax as, “A bit of culture shock.”  She asked her new classmates what they did for fun and they told her they rode around.  Benita asked a logical question – “Ride to where?”

She came to Galax only needing one English credit for graduation. But, school guidelines called for her to take at least one other class.  She settled for a spot on the yearbook staff.  After graduation, she took her newly honed skills and worked with the Galax Gazette.

An instinct for home is an interesting phenomenon in the natural world.  Birds and butterflies travel from continent to continent, returning to the same locations year after year.  Fish leave small inland streams for the ocean only to return to that same stream in a later phase of life.  To complete her personal migration, Benita went back to the family home place in Ashe County.

After working a stint in a blue jean factory in Troutdale, Virginia, she took a job with the NC Employment Security Commission in West Jefferson.  When the shoe factory closed in Sparta, she was sent to help those displaced workers develop new skills for a changing job market.  She spent even more time in Sparta as the sewing plants closed.  During this period, she was offered a job with Wilkes Community College (WCC).  At WCC, working through the Trade Allowance Act and Trade Readjustment Act, she continued to help workers develop new skills that would lead to new careers.  Alleghany residents such as Carolyn Osborne still point to Benita as helping them through an extremely difficult time in their lives.  In the midst of all that, she married Alleghany native Randy Hampton and began a family.

It is sometimes difficult to understand our purpose in life.  We often seem to knock from one place to another with no specific feeling of direction.  When we can’t see our purpose clearly, we have to lean on others for discernment.  For Benita Hampton, her life has been defined by helping guide people through difficult transitions in life.  Whether it is workers who have lost their jobs or her own son who suffered a tragic accident, Benita has always been there to steer them through the obstacles thrown their way with practical skills, a smile and an encouraging word. 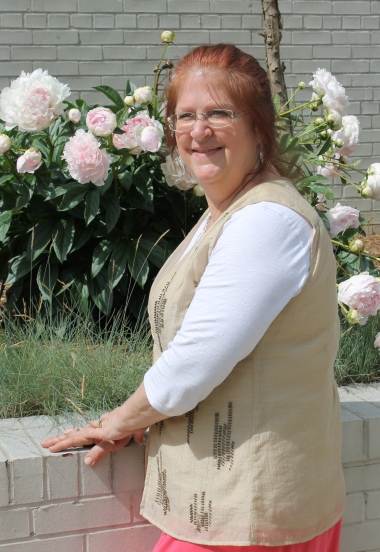