Wood touches us at a near primal place in our beings.  Wood delivers warming fires on cold mountain days and furnishes shelter from the elements.  In enumerable ways, wood sustains us.

Driving into Sparta on Hwy. 21 South it is hard not to notice the log yard.  The neatly stacked rows of logs stretch from near the roadway some 150 yards toward the treeline.  Even an untrained eye can detect that the logs are sorted by species. 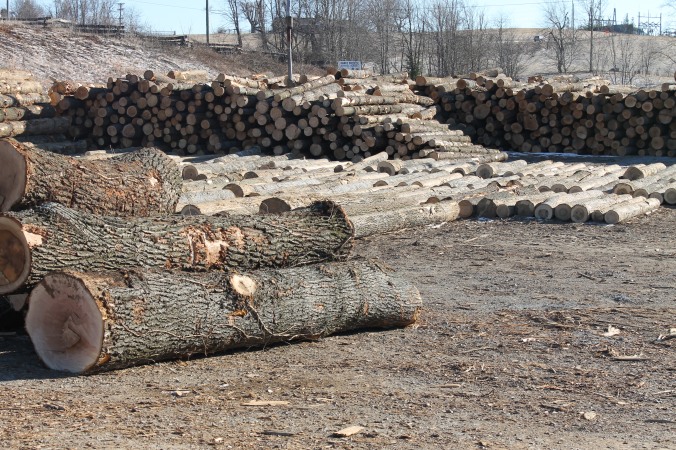 The Rutherford County based Parton Lumber Company operates four satellite log yards across the region.  The Parton mill is 125 miles southwest of Sparta.  That is a 250 mile round trip for a logger.  The satellite yard saves fuel cost for a small business operating on a shoestring budget. Loggers get paid when they deliver product and shortening the delivery time puts money in their pockets. 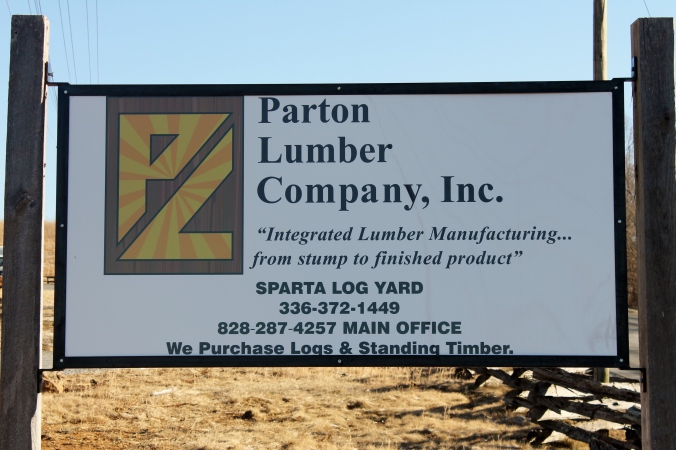 For almost a year, Alleghany County native Adam Gambill has staffed the Sparta log yard.  A former football player and wrestler at Alleghany High School, Adam left Sparta in 2012 to attend Haywood Community College (HCC).  A fourth generation Alleghany farmer, his desire was to find employment that put him outside and in the woods.  HCC’s forestry program fit the bill and after his graduation there in 2014, he went to work with Parton’s.

When the log trucks enter the yard, Adams uses a loader to unload the trucks.  He lays them out individually, and then measures and grades each log.  The measurements give the total number of board feet in each log.  Grading involves assessing a combination of size and quality (the presence or absence of knots or splits).  The assessed grade then determines the price per board foot.  From there it is simple math.  The logger is paid based on the quality and amount of the load.  It is an exacting and sometimes subjective job that requires a person who is trusted by both the company and the logger.

The logs are then stacked according to species.  The mill can saw approximately 1 million board feet of lumber per week.   Logs in Sparta are delivered based on customer orders.  Many of the logs in Sparta will find their way into the furniture and cabinet industry.

By his own reckoning, too much of Adam’s time has been spent in the office or on a loader.  He is leaving Parton’s to become a timber cruiser.  His days will now be spent walking the hills measuring trees, making those same calculations he made on the log yard, while the tress are still standing – exactly what he had in mind when he enrolled at Haywood Community College. 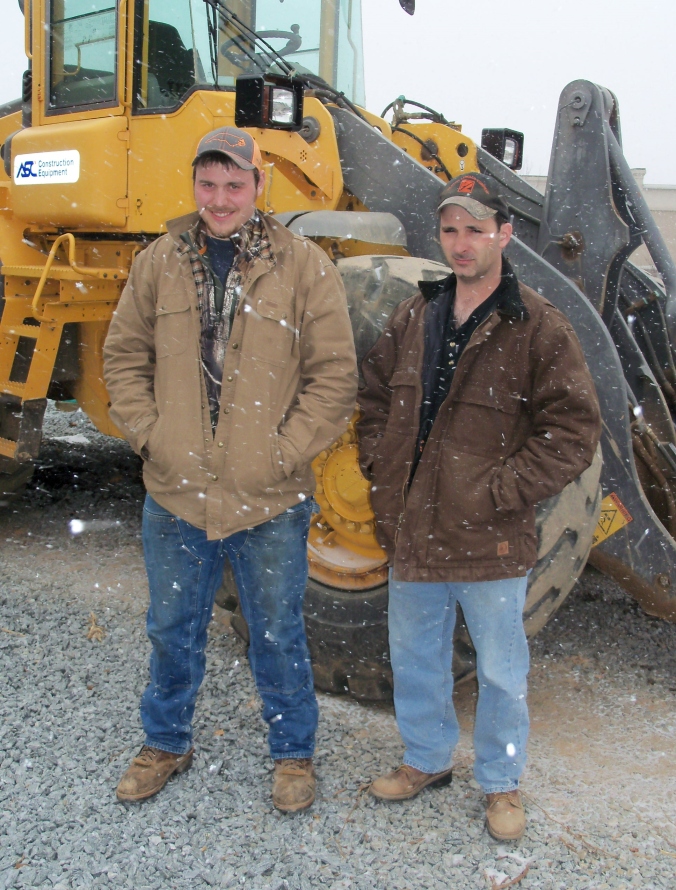 Adam is being replaced by Caldwell County resident Jeff Eller.  Jeff has been in the forestry business in a variety of capacities for several years.

The forest sector contributes over $9 billion to North Carolina’s gross domestic product.  In 2012, North Carolina landowners received $391.5 million in revenue from trees.  In Alleghany County, the forest industry’s economic impact in 2012 was $14.7 million.

Yet, forest products tends to be a polarizing industry.  Critics voice a multitude of concerns – soil erosion, stream siltation, eyesore clearcuts to name a few.  But modern forest management traces its roots back to men like Yale educated Gifford Pinchot, the first chief of the U.S Forest Service (1905-1910).  Pinchot studied forest management in France and honed his skills on the Vanderbilt’s Biltmore Forest Estate in western North Carolina.  Pinchot and President Theodore Roosevelt are credited with the modern conservation movement.  Alarmed at unregulated overharvesting, their core premise was that forest and wildlife resources should be managed in a way that sustains them for future generations.  Successional forest practices not only benefit the health of the forest, but contributes to the diversity of wildlife species many of which are dependent on successional habitat.

So, how do we ensure that a proper balance is struck between economic vitality and the wise management of a valued resource?  We entrust the stewardship of these resources to people like Adam Gambill.  Greed cannot replace four generations of connection to the land.  With the skills he possesses, Adam could work anywhere in the United States.  He chose to come home and apply those skills in Alleghany County.