I was struck that in virtually every sense, she is an average young American. She wore a T-shirt festooned with the name of a well-known clothier that caters to young adults. Her jeans had rips on the legs – a style common among that age group. She described her years at Alleghany High School in a way many understand – a period of academic rebellion that led to a stern conversation with her father. He described the challenges he had faced and emphasized that he wanted her to have a stable life and career. That conversation resulted in her getting serious about her studies and filling her afternoons with sports.

She is now in college with an eye on a professional career in a city. She is articulate and well-spoken with big plans for her future. She is a Dreamer. She asked that her identity not be revealed because of the uncertainty on the horizon for her and other students. 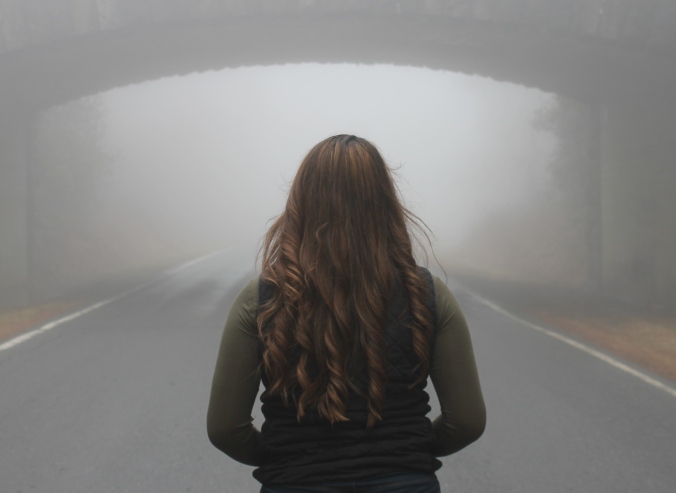 Her father came to the United States from Mexico when she was just a baby. She describes him as having always been an independent businessman. He has told her many times of starting an ice cream business in Mexico when he was only 7 years old. His business grew quickly and soon he employed his friends. Once in the U.S., he found work in the construction field in a large southern city.  He came here with his own set of dreams.

Once established, he sent for the family when she was only 3 years old. She crossed into Texas with her mother and brother, and the three were reunited with her father. They traveled across the South until they came to the city where he was working. Her memories of those days are a little fuzzy, but her father often tells her of them living in a cramped one room apartment.

She and her brother slept on couch cushions with her dad’s coat as a blanket. He continues the story with, “…and then we got an apartment with a bedroom and a bed. We lived there a while and then we moved to Alleghany County.”

A family member was already in Alleghany when her family arrived. They settled in quickly. They now had a house with multiple rooms and multiple beds. Her father began doing construction work. The quality of his work created more demand for his services, and he now has six others working for him.

When she was considering college, an older family member told her of the new program, initiated by the executive action of President Obama, Deferred Action for Childhood Arrivals, commonly known as DACA. This program would grant legal protection that would allow her to attend college.

While this program offers protection against deportation, it does not grant her true resident status in North Carolina. While she has lived in this state most of her life and resides here now, because of her immigration status, she is considered a non-resident for tuition purposes. This quadruples her college costs. She accepts this reality with a shrug.

The political discussion of the DACA program and immigration reform is a different story. While she is concerned about the approximately 800,000 young people offered protection under DACA, the protection granted is very personal to her. She would like to visit family in Mexico – she has never been back – but she is afraid that if she leaves she won’t be allowed to return to the United States.

She has family members who work and contribute to our local economy but live in the shadows and on the fringe of our community due to their immigration status. A simple trip to the grocery store could result in an automobile accident that touches off a chain of events that could lead to deportation. She describes lives filled with cautious steps that most of us take for granted.

Immigration is one of the most contentious issues facing our country. It is a complex subject that impacts the social, political and economic fabric of our nation. This complexity often steers our conversations in an abstract direction.

However, for us, here in a rural mountain community, it is an issue that directly affects our neighbors and coworkers and classmates and friends. We tend to look to Washington, D.C. to take care of these complex problems. Perhaps the solution should begin here in Alleghany County.