For those that lean toward a nostalgic view of life, it is often difficult to reconcile a desire to view life through the rearview mirror against the current and future realities.  We sometimes cling to the past with the hope that the “good ole days” will circle back around.

Businesses aren’t immune to this mindset.  Their challenge is to hold to those past practices that generated their success while adapting to the future.  Arvie Perry continues to demonstrate this adaptable mindset in both his personal and professional roles.

Arvie is a native of Alleghany County in its purest form.  He was born at Alleghany Memorial Hospital and has lived in the area his whole life.  He spent 28 years as a mason laying brick, block and stone.  Masonry is a vocation that requires repetitive movements, heavy lifting, and exposure to all types of weather.  By 2008, Arvie was facing surgery and described himself as “worn out.”  An opportunity to change careers presented itself in the form of CJ Hardware.

CJ Hardware was opened in 1950 by its namesake, Clarence J. Hendrix.  The store passed from Clarence to his son, Roger and then on to Jackie Billings.  In 2008, as Arvie was looking for a change, the store became available.

As Arvie and Jackie worked out the details of the transition, Arvie spent many evenings and Saturdays learning about the hardware business.  Arvie’s wife, Lynn, came on board to help with the administrative duties.  Lynn setup the bookkeeping and payroll system.  She handled much of the stock orders which are now almost completely web based.  Arvie says without a hint of doubt that he could never made it all work without Lynn.

CJ’s continues to maintain the look and feel of a traditional hardware store.  A bench out front encourages loafers to sit a while.  The smell of livestock feed and fertilizer feels the air.  Muskrat traps, hand tools and fence posts are available.  Chain saws can be bought, serviced or sharpened.  As a member of the Southern States Coop, the store offers those that farm for a living or as a hobby just about anything they need.

It is not unusual for customers to have to step over or around one of two large German Shepherds that hangout in the store.  The dogs generally ignore the resident cat, CJ.  Arvie considers the store pet friendly and describes how virtually every type of pet has wandered the aisles at some point in time.  He tells of a customer who brought in a chick in the hopes of the store’s staff diagnosing the chick’s aliment.

When asked what others, especially those who don’t know him well, would be surprised to know about Arvie, one of his employees said that although “Arvie can come across as gruff and tough, he is actually very caring.”  He points out that Arvie is quick to offer help to any number of local charitable and community groups. 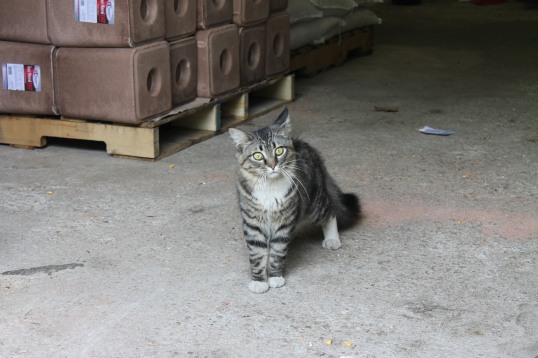 Arvie Perry has struck a near perfect balance of holding to traditions while embracing a changing business and social environment.  He has surrounded himself with those that can help him make CJ Hardware successful.  His two sons, Jacob and Derek, assist customers and manned the computer.  Bilingual staff assists Spanish speaking patrons and help them feel welcome.  Practical advice on a wide range of farm and garden activity is given freely.  Customer service is a value that is demonstrated as opposed to one that is simply talked about.

CJ Hardware is a 1950s store firmly aware of what it takes to succeed in 2015.  While the store is stocked with a fascinating mixture of goods for sale, adaptability and innovation are the most valuable commodities found at CJs.  But those aren’t tucked away on a shelf – Arvie and his staff display them every day in a way that is Absolutely Alleghany. 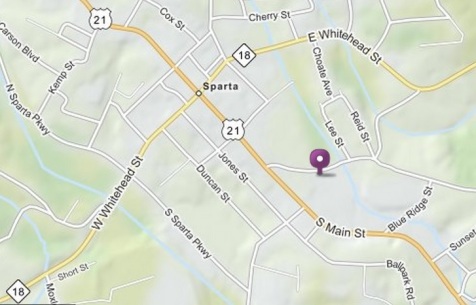