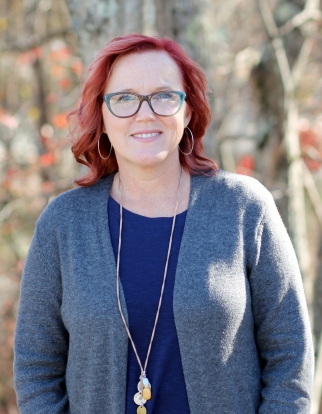 Mitzi Biggins has been baking her entire life.  The Alleghany native enjoys taking a variety of individual ingredients, mixing them together, subjecting the mixture to heat, and then seeing a customer enjoy the new creation. This October she decided to channel her passion for food and people into a business venture, Ms. Mitzi’s Bakery.  In hindsight it is clear that Mitzi’s life journey has set her up for success.

Mitzi grew up just outside of Sparta.  As is the case with many young people, she heeded the siren call to experience life outside her childhood home and ended up in California at age 17.  One day, a friend came up with free tickets to Disneyland.  They spent the day at the park where Mitzi met a young man from nearby Anaheim, Dan Biggins.  After a year in California, Mitzi decided it was time to head home to Sparta.  Dan came with her and they have been married for the last 34 years.

In 2000, Mitzi, began a culinary course through Wilkes Community College.  It seemed a natural fit given her love of cooking. When her father became terminally ill, she had to drop out of the program to help with her dad.  She then spent some time working with the Allegany County Chamber of Commerce.  And many Alleghany residents may remember Mitzi from her ten years as the owner and operator of All Things Catering.  These experiences, along with helping Dan with his business, Roupe Brothers Electric, Heating and Plumbing, have given Mitzi and unique skill set to launch a business.  But, starting a new business always comes with challenges. 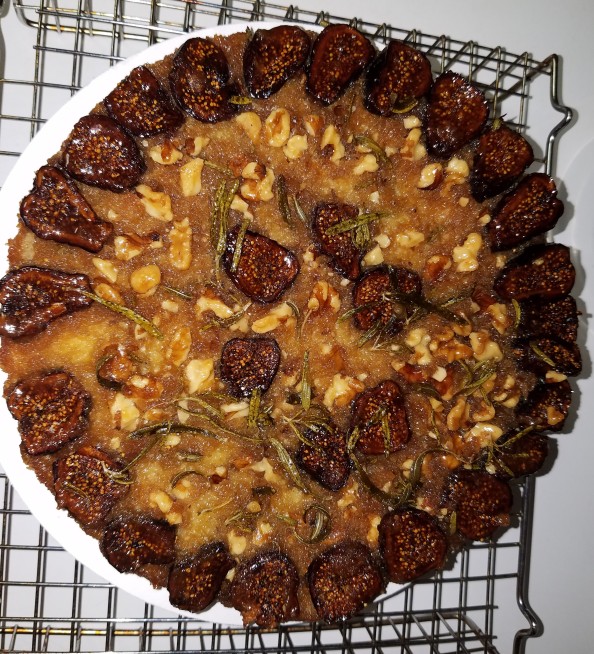 First is the challenge of starting a retail business in a small community.  With a population of roughly 11,000 people, Alleghany County presents a retail business with a small customer base.  Second, her business is currently home-based. While working from home can create trials, Mitzi is quick to point out that Martha Stewart got her start working out of her basement.  Finally, Mitzi realizes that her product line contains items that may be new to some residents.  One of her favorite items is Baklava.  Since some people aren’t familiar with the Mediterranean dish, it is one of Mitzi’s staples when sharing samples with various organizations. 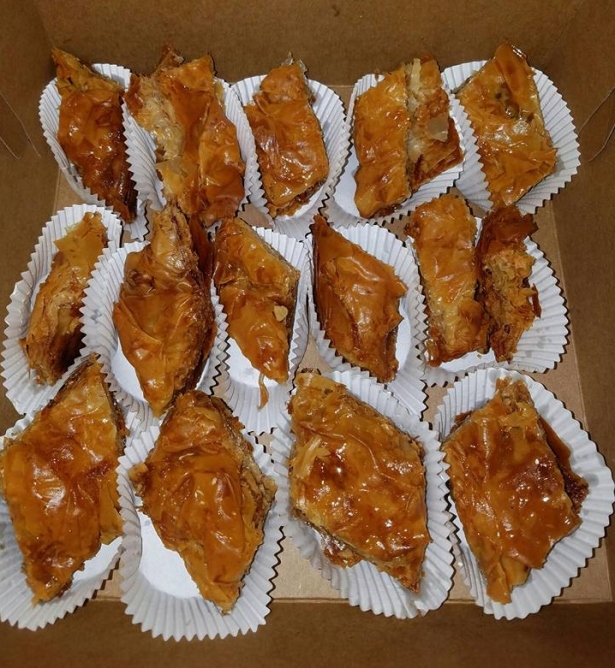 Even though she is faced with myriad challenges, Mitzi has well defined business goals.  She envisions growing into a Main Street business with repeat customers who feel satisfied and valued.  She plans to launch a gluten-free product line.  The Small Business Center of Wilkes Community College is helping guide her through the business end of her enterprise through classes, and individual, one on one business counseling.  And she has her eyes set on developing a customer base that extends beyond Alleghany County.  Luna Marketing, an Alleghany based marketing business, will help Mitzi develop her marketing strategy. 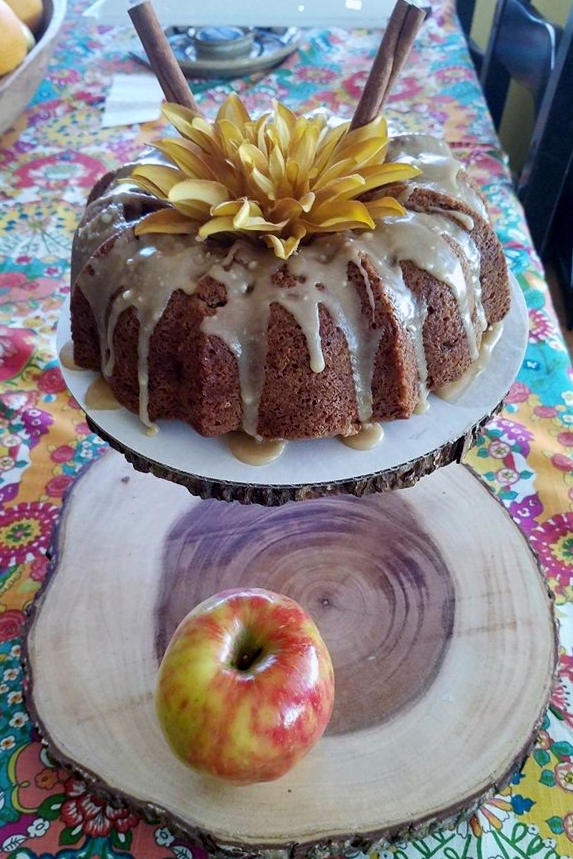 A recent exciting development for Mitzi is an invitation to setup a display in Williams and Sonoma.  This national chain based in California, sells kitchenware and home furnishings.  Mitzi will be at the Winston Salem location on December 17 from noon until 3:00 pm in the Hanes Mall.

Baking is a fitting metaphor for how small communities like Alleghany County creates economic vitality.  The mixing of familiar, perhaps even common, individual ingredients to create something new doesn’t just apply to baking cakes – it describes what it takes to grow our local economy.  Both require experimentation and innovation to reach a broader audience.

Mitzi Biggins is doing more than baking delicious cakes and pastries.  She is modeling how to take smart risks and test new ideas.  It is a trait that is Absolutely Alleghany.

It has been one year since Roger May brought the Looking at Appalachia photography project to Alleghany County.  The 75 photos were exhibited in the Blue Ridge Business Development Center for one month and were viewed by people from 12 states and two foreign countries.  The timing of the exhibit coincided with an ongoing effort to engage in economic and community development in Alleghany.  It was hoped that the exhibit would generate conversation about how we, and others, view our county and region.

Since last October, the photos have been shown in at Radford University (Radford, Virginia), the University of North Carolina – Asheville, Adrian College (Adrian, Michigan), Robert Morris University (Moon Township, Pennsylvania), West Virginia University and will be shown at the Levine Museum of the New South in Charlotte, NC this November.  After that showing, the current exhibit will be retired. 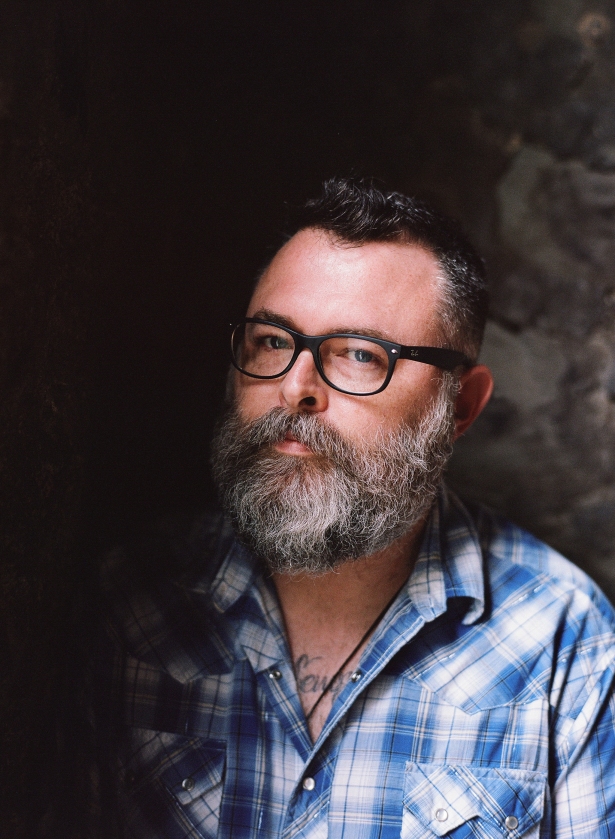 Roger has also been busy.  He has led an online class with the Center for Documentary Studies at Duke University and taught a class on Multimedia Storytelling at the Appalachian Writers Workshop.  He has also started a new photography project, Laid Bare, which examines the effects of mountain top removal for coal extraction in West Virginia and eastern Kentucky.

In a recent interview, Roger reflected on the past year and shared insights he has gathered along the way.

When he looks back at the show in Sparta, Roger describes it as exactly what he envisioned when he and others began talking about taking the photos on the road.  “The reception was one of the best attended, and was supported by a cross-section of the community,” he said.  “I’m glad that Alleghany took a chance on us.  At that point, we weren’t completely sure what the trajectory of the project would be.”

Roger said that one of the most surprising aspects of the project is how interest continues to grow in Appalachia.  He said that the region is incredibly diverse and defies broad generalizations.  “When you consider the breadth of culture, economy and even dialect, there are vast differences across Appalachia.  We tend to forget that cities such as Asheville, NC and Chattanooga, TN are in the heart of Appalachia.” He points out that those urban areas are much different that the stereotypical hills and hollows, and th extractive economies tied to coal and timber that we often associate with Appalachia.  And even in the more rural areas, an interstate highway or major manufacturing facility can completely change the socio-economic conditions of a county.

What’s next For Looking at Appalachia? May hopes that the project will continue to evolve and take on new shape and form.  He hopes to expand the website to include audio and video stories.  He has ambitions to start a podcast as a way to amplify voices of those in the region, especially those who seek to document the people and places of Appalachia.

Perhaps his most thought-provoking statement about the future of the project also strikes at the core of any regional social or economic strategy:  “We (Looking at Appalachia) have to be open to change.  We have to be conscious of not only how we view ourselves, but how others see our region.  Once we limit our perspective, we lose the reason for the project.”

Photos from 2015 can be viewed at http://www.lookingatappalachia.org.  Photos for 2016 can be submitted at the same site.

This week we celebrate National Police Officer week.  Originated in 1962, the week is set aside to remember those officers who were killed in the line of duty serving their communities.  Memorial services are held across the country and a national ceremony is conducted in Washington, DC on May 15th. 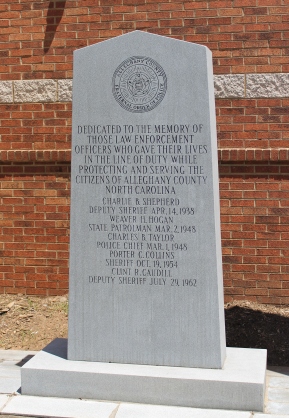 Deputy Charlie B. Shepherd was shot and killed on April 14, 1938 while he was off duty working in his mother’s garden. A man approached and shot him in retaliation for having a confrontation with his son a few days earlier.

Deputy Shepherd’s killer became the first Alleghany County resident to receive the death penalty. He was executed in the gas chamber on January 19, 1940.

Sparta Police Chief Charles Taylor and NC State Highway Patrolman Weaver Hogan were killed when their patrol car was forced off the road into a bridge abutment on US Route 21 south of Wytheville, Virginia. The two officers, along with a third officer, had chased the bootlegging suspects into Virginia from North Carolina. 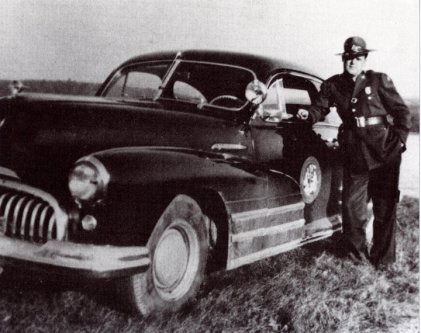 The bridge crossing the Little River on Highway 21 south is named in honor of these two officers.

Sheriff Porter Collins was shot and killed while serving a warrant on a man who had failed to appear in court on a drunk driving charge. Before taking the suspect in, Sheriff Collins allowed the suspect to go back into his home to get more clothing. The suspect returned with a shotgun and shot Sheriff Collins once at close range, killing him instantly.

The suspect fled the scene and was captured the next day when officers found him hiding in the attic of a cabin near Lowgap in neighboring Surry County.

The suspect was convicted of first degree murder and sentenced to life in prison on February 1, 1955. He was paroled December 10, 1981.

Alleghany County Deputy Sheriff Clint Caudill died of a heart attack while on duty.  Due to a combination of accumulated stress and poor dietary habits, law enforcement officers are 25 times more likely to die from heart disease than at the hands of suspects.

Law enforcement officers often go about their jobs in relative obscurity.  We tend to take for granted that our community is safe and that we can fill comfortable anywhere in the county.  Yet, that safe feeling doesn’t just happen.  It is cultivated by county’s deputy sheriffs, town police officers, wildlife officers, state troopers, and state and federal park rangers.  Each has a different area of responsibility, but all work together to make our community safe.