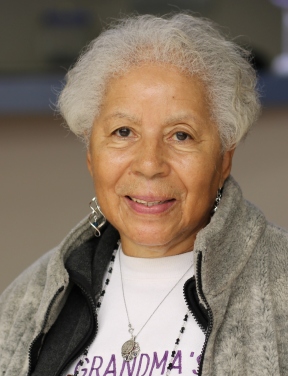 As Sparta Town Manager Bryan Edwards recounts the story, he begins with “Charity taught me to ride a bicycle.” He goes on to describe with a laugh of being led to the top of a hill where Charity gave the directions of “pick up your feet and keep the handle bars straight.”  She then gave him a push and sent a young Bryan barreling down the hill.

“Pick up your feet and keep the handle bars straight” could be the motto of how Charity Gambill-Gwyn has lived her life.

Mrs. Gambill-Gwyn was born in the Vox community of Alleghany County in 1941.  She recalls faint memories of her great-grandfather, “Big Charlie” Edwards.  Family history recalls that Mr. Edwards was purchased at a slave auction for $13.  Mrs. Gambill-Gwyn describes this in a matter of fact tone that offers no bitterness or excuses. 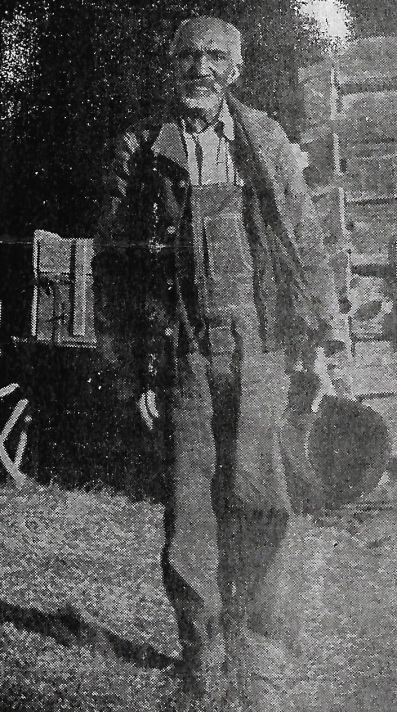 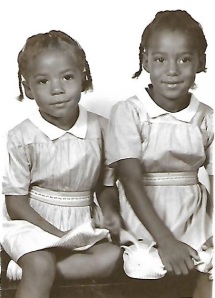 She describes segregated schools in a similar manner.  “We used to wait out by the road and would catch a ride with the mailman to our school at Cherry Lane.  We then rode the bus home in the afternoon.”  Cherry Lane School had grades 1st-8th.  High school for African American students in Alleghany County required a 60 mile roundtrip bus ride down the mountain to Wilkesboro to Lincoln Heights School.  That long daily trip and family financial needs led a teenaged Charity to leave school.  Even though she was out of school, she stayed connected to the educational system by driving a bus and working in the school cafeteria for many years.

Mrs. Gambill-Gwyn married and had four children.  When circumstances changed and she found herself a single mother, she dug in.  “I grew up working.  I hoed corn, milked cows and worked in the fields.”  As a single mother she often worked a public job and when she finished her day there, would work in people’s homes.  “I did a little of everything – ironing, cleaning, housework.  It was hard with four children.  I couldn’t have done it without my mother, Mattie Simpson Carter’s, help.”

She worked at the Troutman plant until 1974 when he took a job at Dr. Grabow – Sparta Pipes.  In 1981 she was named the environmental health and safety manager coordinator at Grabow.  When she assumed that role, there was no organized safety program at the plant.  She developed programs for inspections and began safety training.  She also oversaw the installation of safety devices on the machinery.  When she began working there the company had over 350 employees.  As a result of their emphasis on safety and training, spearheaded by Mrs. Gambill-Gwyn, the company went ten years without a lost time accident.  She retired there in 2006.

And if her days weren’t full enough, Mrs. Gambill-Gwyn still found time to be involved in the community.  She laughs when she says that she “sold a lot of candy” for the PTA.  She was a charter member of the Alleghany County Rescue Squad which formed in 1969, and was one of three female members and the only African American on the squad.  She retired from the squad in 1999 after serving as the secretary/treasurer for 27 years.  In 1976, she was asked to join the Blue Ridge Electric (Energy) Board of Directors.  She describes Blue Ridge as one of the leading energy co-ops in the country.  “They believe in training, even for their board.  I gained more knowledge serving on that board than I would have gained in college.” She served with Blue Ridge until 2015.  Other service boards include:

In discussing that list, Mrs. Gambill-Gywn says that, “ ‘No’ is not in my vocabulary.”

This combination of work ethic and community orientation caught the eye of former Alleghany School superintendent John Woodruff.  He approached her and encouraged her to run for the school board.  She pointed out that she was a high school dropout.  Mr. Woodruff countered, “But you know the needs of our students.”  She won the party primary that spring and led the ticket that fall.  She went on to serve 16 years on the board.

After 16 years she decided to get out of politics, but the community saw value in her elected role – she was encouraged to run for county commission.  With her win that fall, she became the 1st female and 1st African American county commissioner in Alleghany County.  With the support of Commissioners Ken Richardson and Patrick Woodie, the board voted to begin observing Martin Luther King, Jr.’s birthday as a county holiday.

Recognition for her work has come in various forms – from her selection to the State School Board in 1992 to the Nancy Susan Reynolds Award in 1994 to the Order of the Long Leaf Pine (the State of North Carolina’s highest award) in 2002.  Alleghany County declared June 30, 2001 as Charity Gambill Day and she served as the grand marshal for the 4th of July parade. 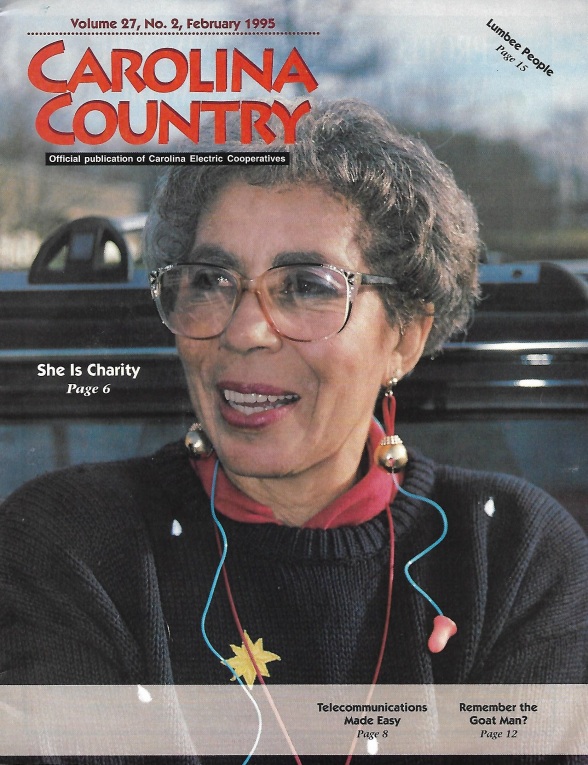 These days Mrs. Gambill-Gwyn remains active the community.  She teaches Sunday School and is the church clerk at White Oak Baptist Church, the oldest African American church in Alleghany County.  She loves the outdoors and tends two gardens during the summer.

Charity Gambill-Gywn is fond of saying, “One grows and blossoms where they are planted.”  Our community has reaped an abundant harvest of her being planted in Alleghany County.

7 thoughts on “Charity Gambill-Gwyn – A Life of Service”